Guilt Trips Involve Too Much Baggage 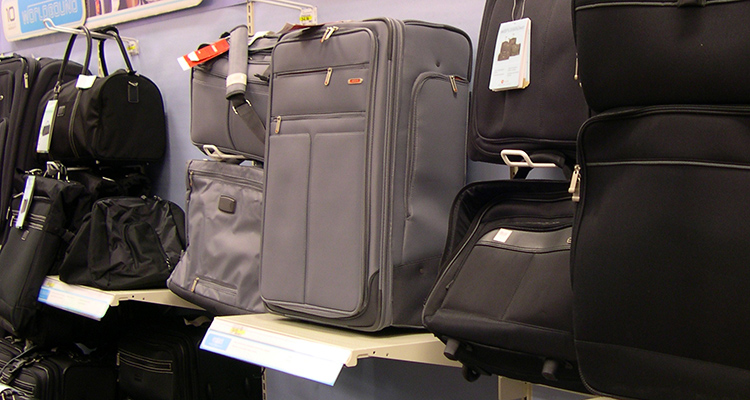 Coulda. Woulda. Shoulda. Three words I’m sure we’ve all said to ourselves at one point or another. We go back over things in our minds, thinking of what we might have done differently if we were given another chance. It’s not that analysis of past actions is a bad thing; after all, it’s one of the ways that we can choose differently when we find ourselves in similar situations in the future. It’s when we get stuck on the hamster wheel that traps us in the past that’s no longer useful. We want to change what happened, and that way lies madness.

Think about it: would we really want to change things? Speculative fiction in both books and movies is full of cautionary tales of people who try to “make things better,” only to create unintended consequences that cause more problems than the original deed.

But even if we’re not being so dramatic, the truth is that everything does contribute to our journey. There is a particular incident in my past that was a, um, significant learning experience for me, to put it kindly. I did not use my powers of empathy and connection for good, and ended up deeply hurting people I cared about. For years, I carried guilt and shame for my actions.

Time has given me perspective, though. Yes, if, back then, I had been the personal I am today, I would have made different choices. However, given the impact the experience had on the trajectory of my life, if I hadn’t made the choices I did make, I might not be the person I am today.

The fear of regret, of potential guilt can affect us before we even have a chance to “make a mistake.” We get paralyzed, afraid of doing The Wrong Thing. But there comes a point when we need to accept that risk and choose anyway. I love the way a friend framed it: “We never have all the information we need to make a decision. If we did, it wouldn’t be a decision; it would be a foregone conclusion.”

But what if we did do everything right, and things still went wrong? Unfortunately, it happens, and that’s part of the complexity of Life, too. There’s a very powerful move called Fearless that came out many years ago about survivors of a plane crash. [NOTE: the following three paragraphs contain story element “spoilers”.]

Rosie Perez’s character was convinced that it was her fault that her baby boy died in the crash, that if she had held onto him a little more tightly, she could have saved him.

Jeff Bridges’s character takes her for a drive in a care, giving her a large fire extinguisher and telling her to hold onto it as tightly as she could as he starts to accelerate. The spedometer climbs as she desperately clutches the heavy can, and he deliberately crashes the car into a brick wall, the force of the impact ripping the fire extinguisher from her grasp to smash through the windshield.

She got the point he was trying to make. Sometimes, even when we do our best, it’s not enough, and it can’t be enough, because that’s just the way it is. It sucks, it hurts, it leaves our hearts bleeding out of our chests… but it is.

So we can look back, learn from what we’ve done, see what we can do differently in the future. If we’ve hurt another, we can try to make amends. Sometimes, if it’s not possible to make amends, all we can do is mourn, for grief and sadness are as much a part of Life’s rich tapestry as are joy and delight.

But let go of the guilt. Guilt ties us to the past, tangling the flow of energy within us and constricting our ability to fully share our gifts with the world, here and new. Instead, embrace it all: the growth, the learning, the pain, the bliss, the experience of Life, and let your heart sing.